WHO IS A VIOLENT EXTREMIST?

Violent extremism is a broad church, with membership encompassing different types or categories of individuals and groups ranging from terrorists (politically-motivated), right/left-wing militants (ideologically-motivated), to active shooters (socially-motivated).  These categorical boundaries are often more fluid, blurred, multi-factorial and random in reality with crossovers between terrorist-type acts committed by militants (eg. Anders Breivik in Norway in 2011) and school shooters (eg. Columbine massacre in 1999) as well as other forms of mass killings such as deadly riots, fatal stabbings and so forth.  Such fixed categorical distinctions fail to capture the degree to which all  violently extreme incidents are influenced by political-ideological-social-cultural factors, antecedents, and other idiosyncratic drivers.

However, each of these groups of violent extremists has quite distinctive features at the level of specific characteristics like age, motivation, personality type, psychological characteristics, mental state, intelligence, socio-cultural background, political affiliation, and so forth.  The box is indicative of the wide variance ‘in’ and ‘between’ the three primary groups of violent extremists – terrorists, militants and shooters.

As can be seen, the motivations, issues, and tactics are vastly different for each group and become more uniquely particular to individuals as the level of abstraction moves further down the line from general to specific characteristics and features.[1]

The essential ‘take-home’ message of this categorical continuum is that at the highest level of generality what ‘unites’ these three disparate groups is their willingness to use and engage in violent and extreme actions to achieve their very different objectives.

The common denominator between terrorists, militants and shooters is their ‘cognitive willingness’ towards violent extremism.  Willingness is about ‘beliefs’ which reside in the minds of individuals.  Beliefs are firmly held convictions that one accepts something as true or real, generally without definitive proof of its existence.

A conceptual distiction needs  to be made here about the very term ‘beliefs’ as it is often associated with the notion of ‘ideology’ , especially in the political science literature where ideology is seen as a system of political beliefs.  Whilst, the notion of a ‘political’ set of ‘beliefs’ may well hold true for militants and terrorists, it may be less applicable to active shooters, where revenge, rage, uncontrollable anger and exacting retribution for ‘perceived’ wrongs provides the motivational fuel for violently extreme acts rather than a set of through out and strongly held ‘potitical beliefs’.

Hence, for a violent extremist the ‘cognitive willingness’ to use lethal violence is more about a ‘personal’ set of ‘beliefs’ that may or may not be mixed with ‘political’ or ‘ideological’ dogma. Thus, at a higher conceptually abstract level, what unites – terrorists, militants and shooters – is the set of personal, cognitive, beliefs they hold that justify the use of extreme violence, ever where there is considerable variance between them at the more specific motivational level of political, ideological beliefs.

A further distinction is necessary here in relation to individuals regarded a ‘violent extremists’ and ‘terrorists’ by virtue of being found to be ‘associated’ with a terrorist/militant/extremist group, cell or network but who for a multiplicity of reasons don’t actually subscribe to a personal, cognitive set of violently extreme beliefs. Such individual are often just plain ‘caught up’ in a terrorist/militant/extremist gang/group/cell/or network.

In other words, ‘associating’ with a terrorist/militant/extremist gang does not automatically make one a ‘true believer’.   Individuals join terrorist/extremist cells for often mundane reasons like a sense of adventure, to get employment, to have an identity, or to give their life some meaning.  Therefore, in theory, such individuals should be more ‘cognitively open’ to disengagement as they don’t need to be ‘deradicalised’ as much as a ‘true believer’ would.  If having to potentially kill someone is the price to be paid for adventure, fun, excitement or employment, then so be it.  Of course, the risk is still there, whether they are a ‘true believer’ or not makes little difference to a target.

[1] The Department of Homeland Security has developed a number of case studies on violent extremism groups like violent anarchists, racist skinheads, and sovereign citizen extremists (DHS, 2012). 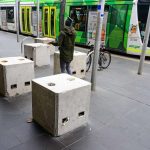 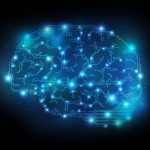