The rising impact of right wing extremism in Australia

Across much of Europe, the US and Australia, we have seen a lurchto the right-wing, conservative side of politics, as Griffith University’s Professor of Criminology Geoff Dean puts it. This seems to have followed a softer and seemingly unsuccessful revival of the left in 2015.

While this polarising of politics is likely a temporary sign of dissatisfaction and disenfranchisement, it becomes a problem when the ideas — and the people — are extreme. According to Professor Dean, that is exactly what is happening with the resurgence of right-wing extremism, demonstrated by the recent political successes of Donald Trump in the US, Brexit in Britain and, to a much lesser extent, One Nation in Australia.

Who are the New Radical Right?

Considering right-wing politics covers a range of economic and social values, it can be hard to define how right-wing extremism differs from other extremism and other (less extreme) conservative groups. Professor Dean’s research draws on the US Department of Homeland Security’s definition, which broadly describes right-wing extremist groups as either primarily hate-oriented or anti-government.

The researchers found the eight most commonly cited Australian groups that fall under this definition and conducted content, thematic and trend analyses on their social media, discussion board and Google search results for insights into the various groups’ private and public discourse.

These groups can be classified into ‘old’ and ‘new’ styles of right-wing extremism: Reclaim Australia, United Patriots Front, Australian Liberty Alliance and the Nationalist Alternative as the ‘new’ style; Blood & Honour, Southern Cross Hammerskins, Women for Aryan Unity and Australian Sovereign Citizens as the ‘old’.

The latter, who are generally known for being populated by white supremacists and supposed skinheads, focus on fascism and neo-Nazi attitudes. The New Radical Right (NRR) espouses many of the same nationalist values, but rejects fascism in favour of anti-elite (or anti-establishment) and anti-immigration sentiment.

Not surprisingly, the NRR also commonly projects a public persona on social media, while it is less common for traditional right-wing extremist groups to have their own Facebook pages. This means that the ‘new’ style is increasingly visible, as they can be easily accessed through a Facebook ‘like’.

Based on the academic literature, the researchers developed a problem-solution matrix — what they also call a ‘hate compass’ — based on common solutions proposed by right-wing extremist groups to perceived problems. The matrix details six narrative themes that are considered crucial to this extremist discourse: anti-establishment, anti-immigrants, traditional values, protection of western values, democratic reform, and strong state.

What did the study find?

According to the matrix, both old and new styles of right-wing extremism rely heavily on cultivating fear, such as with anti-immigration and anti-establishment stances. This type of fear politics has often been linked to Donald Trump’s candidacy, as well as to the election of One Nation’s four senators.

In this way, Professor Dean argues both old and new pose a threat to social cohesion — they knowingly aim to divide through racism, as was common with the old, or with separatism, as is now common with the new.

“These groups have the potential to fracture the social contract that everyone is entitled to a ‘fair go’ in Australia,” Professor Dean said.

There is, as is the case with extremism, also the potential for violence. At the briefing, Professor Dean cited the Norway mass killer Anders Behring Breivikas an example of right-wing extremist violence, whose actions were designed to spark an uprising against the Norwegian government regarding its immigration policy.

But the NRR does not stop at fear, which — by itself — has been largely ineffective in securing political power. It also pushes a positive agenda of protecting ostensibly western values and forming a strong state. It is this agenda that seems to attract the general public to these groups, as they successfully project an image of everyday concerned citizens, especially when compared to the older style skinheads.

Indeed, the research indicates that this public persona of concerned citizenry — or the ‘silent majority’ that we have heard so much about this year — is an active attempt by core members of groups like Reclaim Australia to distance themselves from the skinhead, white supremacist image. It seems that, as was said on one of the groups’ online forums, “No one wants to be associated with racists”.

The discussion posts cited in Professor Dean’s article indicates tension between the old and new, where the old are seen as too openly extreme and the new as too populist. It is because of this tension, Professor Dean asserts, that the NRR poses a political challenge as well — their repackaging of extremist ideals as more palatable to the general public means these groups will increasingly be able to gain electoral support.

It appears that just that is already happening — the NRR is rising in Australia. Through their social media accessibility, these groups are gaining more support and visibility. Although it must be said that many apparent members may simply be ‘liking’ the Facebook page or voting against the major parties in protest, the Google Trends data shows their protectionist message is spreading like contagion.

At the same time, it is hardly surprising that a “lurching” to the political right has been met with a rise in right-wing extremism. Donald Trump’s recent victory to become President-elect of the United States has likely only validated extremist values and indicated the approach is resonating. Just this week, footage has emergedof a self-proclaimed “alt-right” group chanting “Hail Trump!” and giving a Nazi salute to rapturous applause.

Even if leaders like Trump who capitalise on growing anti-immigration or anti-establishment sentiments do not necessarily believe in the extremism of some of their followers — or they outright condemn it, as Trump has — it is clear that electoral support for right-wing extremism, the New Radical Right and alt-right groups is growing.

Erin is a freelance journalist and PhD student at Griffith University.

Erin specialises in news media depictions of popular culture, but is particularly interested in the way media framing affects public perception and politics. 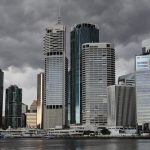 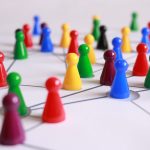